A sketch to calculate the objective moral status of an action.

I want to thank Geoff Pynn for a brief comment made during one of his usually great lectures. He proposed that analyzing the intersection of the dominant three normative ethics views was fertile ground for research and new thinking.

Here, I apply set-theoretic insights to illuminate that line of inquiry.

All moral systems, religions, and ethical systems collapse into one of the following three normative and metaethical views:

We may depict these ethical systems using mereological or set-theoretic means fairly naturally: 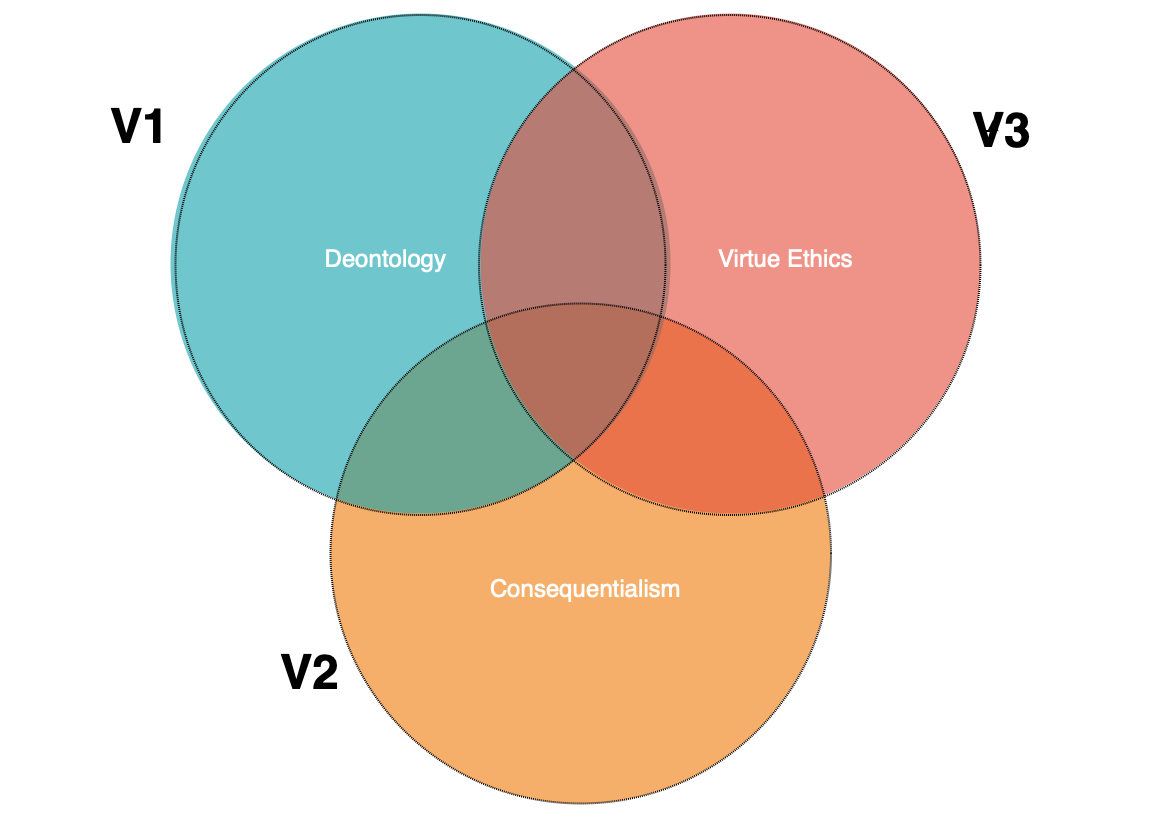 We can map propositions to parts of our visual depiction. This gives rise to several mappings.

We may even map subsets of these ethical systems (i.e. - specific moral codes) to subsets in the same fashion.

Should a fourth meta-ethical or normative ethical position be discovered or arise, it can be added without much difficulty.

We note that the intersection of these systems is the area in which all three systems cohere, align, and are in agreement.

We note that outside the area of these systems is the area in which all systems assert the immorality of an act.

For example, a proposition P can be mapped to any of the following:

We can also express some of these relationships axiomatically. Here are some seemingly compelling possible axioms:

We can tease out some of the main interrelationships between moral systems as well as the Deontic Logic box operator.