(Sketching in a novel metaphysical view that has the potential to remove several of the problems confronting some of the most famous theories in the history of philosophy.)

I have alluded to the view below here and elsewhere.

The sketch below is hardly a comprehensive work and likely, hardly a completely original work (it's so difficult to say one's ideas are fully and completely spawned from a void in principle - everything builds off the work of others). Nevertheless, this appears to be highly original and lacks any counter-part I'm aware of.

Humorously: we might think of the view as the metaphysical extreme of the "Linguistic Turn" that's taken to mark the beginning of Analytic Philosophy.

A few ways of thinking about Reality as it is aimed for in metaphysics (the branch of philosophy interested in the concept):

Most analytic philosophers have taken the view that Reality (in the senses above) should be replaced as jargon with something less ambiguous.

The most popular candidate is the Existential Quantifier from predicate logic.

A quick, non-exhaustive, and somewhat imprecise summary of core views throughout history:

Traditionally, each of the theories above have typically been expressed as varieties of reductive monism.

A quick, non-exhaustive, summary of core views about language throughout history:

Not to be conceived as merely the following:

None of those would even pass as a suitable Linguistics 101 definition. From a mathematical logic and syntax vantage point:

i. A grammar defining valid wff from a valid lexicon or alphabet

ii. A semantics for defining truth-evaluations and truth-assignments (interpretations) within L

iii. A proof or inference system for L

We can strip L down and remove the proof system and semantics so that only a grammar and alphabet remain. This corresponds to the basic compound concepts called morphemes and phonemes in Natural Languages (along with their attendant grammar systems which are far more powerful and flexible than their Artificial Language counterparts).

But even those common definitions (used throughout Linguistics, Philosophy, Mathematics, Logic, Computer Science) don't capture the entirety of:

A broader theory of language sees only the following constraints (and these too may be too restrictive):

Therefore, the existing conceptions of language represented by them are incomplete, non-exhaustive, or contradictory.

The first and second premises are partly justified by the considerations above. 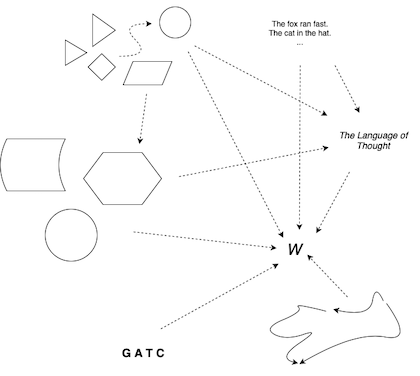 If the counter-argument is that Language (capital L) must conform to the conventional definitions utilized in linguistics, formal logic, etc. the rebuttal is straightforward:

The metaphysical linguist replies, "Sure, but you've missed the point - we may call Languages, in the sense that I am using them, whatever - call them forms of life or prime languages! Your argument is merely a ruse of fallacious semantics."

Above, Wittgenstein's "form of life" is read literally - perhaps humorously and surprisingly so.

The upshot: we can call the conception of language espoused by this view whatever we want, W, provided that: 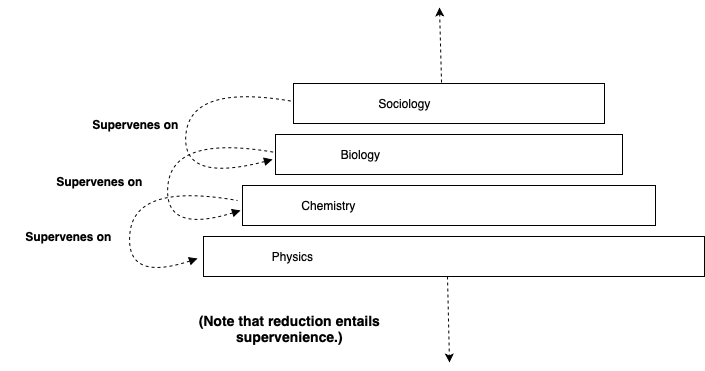 We can replace these notions with more adequate notions like "dependence" and more importantly, "scale" (rather than the "levels" metaphor often still encountered in these kinds of discussions).

Metaphysical linguism has all the parsimony arguments available to monistic metaphysics but none of the issues surrounding substances, haecceities, and quiddities.

So, we arrive at the interesting thesis that all is language (in the sense defined above).

There are simply different kinds of language systems at play in the world.

Phenomenal experience is a set of languages (in the sense defined above) and the mysteriousness of how these languages interact with external languages (DNA, quantum systems, etc.) seems to fall away. The great problem raised by Kant (Critique of Pure Reason) and forcefully discussed by Rorty (that the metaphor of a mirror is wholly problematic and central to the challenge behind modern philosophy) becomes more tractable on first blush. 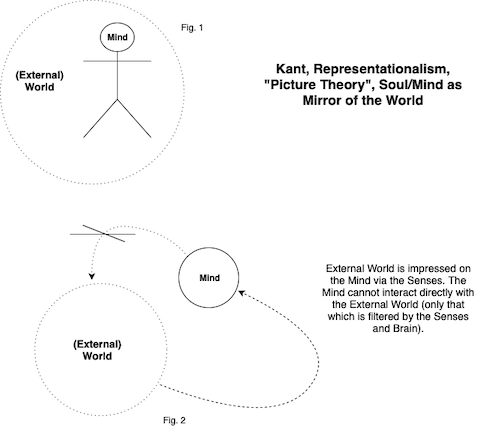 Representationalism presents a picture of the world whereby two mysterious categories of entities are somehow connected to each other: one, the ultimate inaccessible reality reflected in the other, the mere but solely accessible reflection of the real. The physical and the soul, the external and inner, the exterior and the mind. 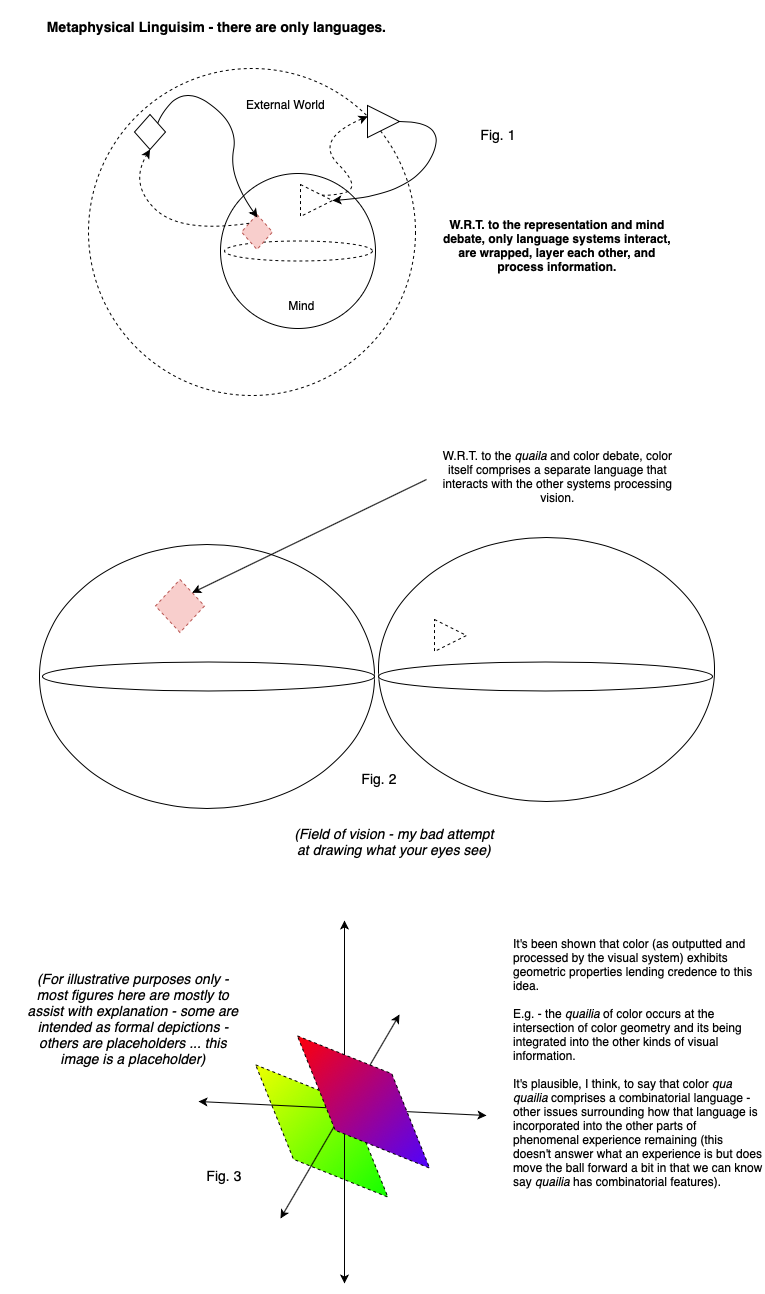 Some articles and resources on the intersection of this approach with color realism, perception, and qualia:

Metaphysical linguism is also fully compatible with that espoused in Connection Theory.

What work can this theory do?

i. Category here does not mean "Red" nor "The Good", etc. These are not universals but well-defined relationships between language systems. Horn orderings: the most broad category of language to the more nuanced, all interacting, etc.

What work needs to be done?

Wired Magazine - "God is the Machine"