Logical Pluralism regards the feasibility of at least one of the following three theses:

Meta-language: (following Tarski) a language L sufficient for First-Order Logic within which object languages are constructed.

Object-language: a language O constructed within a meta-language L - the target language to be specified or built.

Cross Logics: two object languages O₁ and O₂ so-constructed in a meta-language L such that they comprise a transactional logic are each referred to as the cross logic of the other.

Logical Transaction: a time-based mechanism or procedure by which a proposition P in a metalanguage L also residing in an object language O in L is assigned a new truth-value within the cross logic of L.

Transactional Logic: a meta-language L implements a transactional logic if-and-only-if L contains languages O₁, ... that are cross logics of each other supporting logical transactions between them. 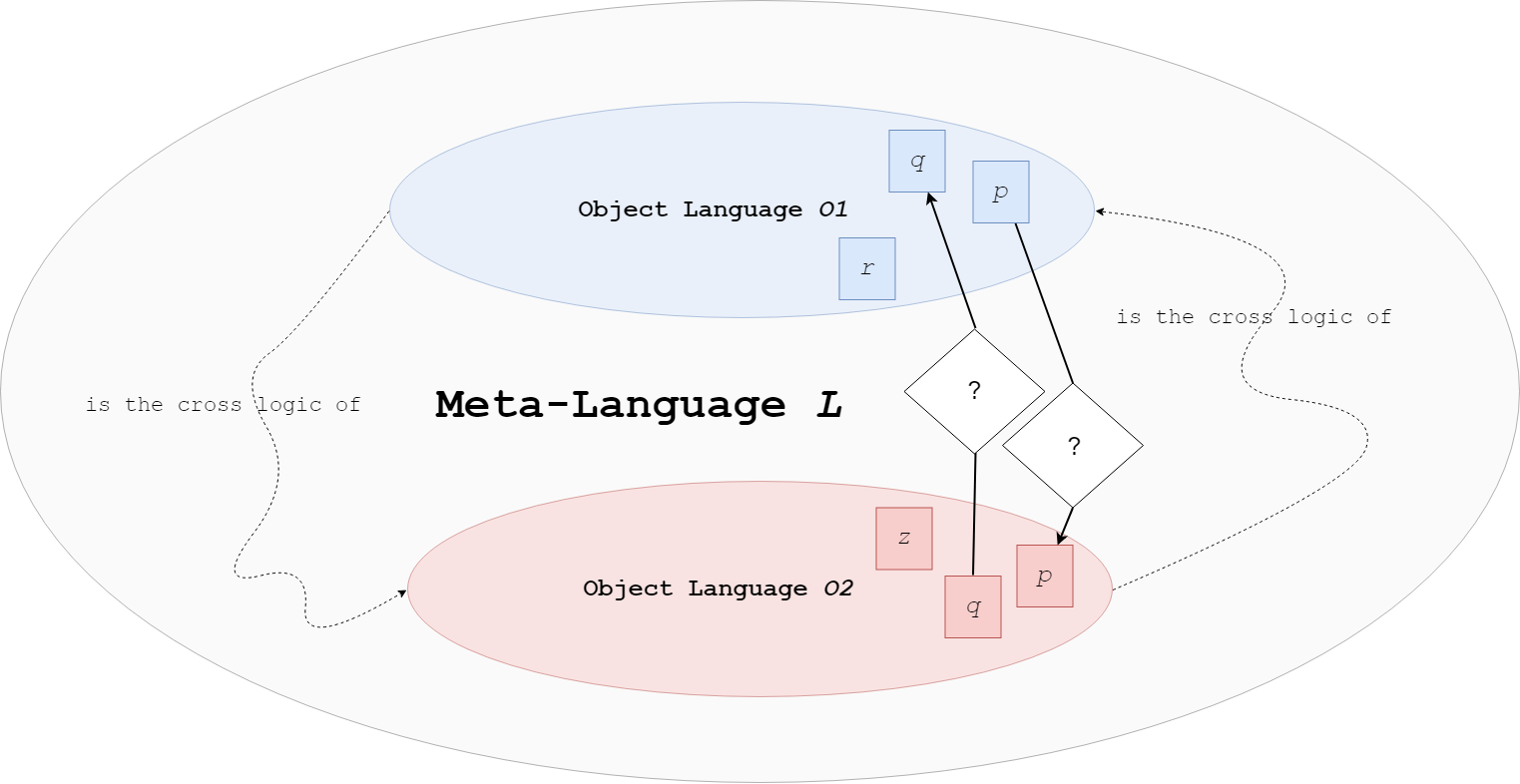 Isn't this a way of thinking differently (and uniquely) about the original syllogistic square?