Wittgenstein famously threw away the ladder due to difficulties with the traditional conception of language's relationship to the world (via transcendental and, on his view, contradictory metaphysical relationships).

In philosophy, it's common to see the following kinds of metaphors or pictures:

iv. Webs of belief and inference. 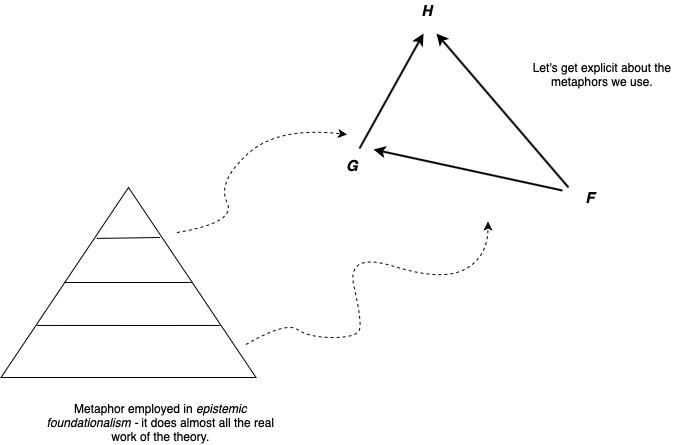 These are often confused and implicit.

These should properly employ geometric, topological, mereological concepts and techniques along with other systems to understand and explain them.

And, when this has been demonstrated and done, will the mysteries disappear? Will we be left with robust systems all the way through?

Noting that "pictures" (e.g. metaphors) do most of the work at the bottom of many philosophy theories has had its share of early observers - watch: Putnam.

I am reminded of the sign outside the original Platonic Academy (from which the word "academic" derives): "Let no man enter here who is ignorant of geometry".